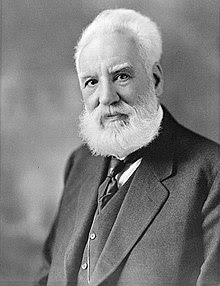 Image Source
6.) In the United States he began teaching deaf-mutes, publicizing the system called visible speech.
7.) In 1872, he founded a school to train teachers of the deaf in Boston, Massachusetts and became part of Boston University
8.) Bell was appointed professor of vocal physiology in Boston University.
9.) He became a naturalized U.S. citizen in 1882.
10.) Since the age of 18, Bell had been working on the idea of transmitting speech. 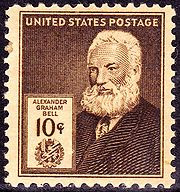 Image Source
11.) In 1874, while working on a multiple telegraph, he developed the basic ideas of the telephone.
12.) On March 10, 1876, his experiments with his assistant Thomas Watson finally became a reality.
13.) The statement that Bell transmitted was “Watson, come here; I want you.”
14.) At the 1876 Centennial Exposition in Philadelphia, Pennsylvania, telephone was introduced to the world.
15.) The Bell Telephone Company was established in 1877.

Image Source
16.) In 1880 France bestowed on Bell the Volta Prize, worth 50,000 francs, for his invention.
17.) He used the money in founding the Volta Laboratory in Washington, D.C. and invented the photophone with his associates.
18.) Other inventions include the audiometer, the induction balance, and the first wax recording cylinder, introduced in 1886.
19.) Bell was one of the cofounders of the National Geographic Society, and he served as its president from 1896 to 1904.
20.) He also helped to establish the journal Science by financing it from 1883-1894.

Image Source
21.) Bell’s summer home is located at Baddeck on Cape Breton Island in Nova Scotia, Canada.
22.) Most of his inventions on aeronautics were first tested near his summer home in Canada.
23.) His study of flight began with the construction of large kites, and in 1907 he devised a kite capable of carrying a person.
24.) Bell, with the American inventor and aviator Glenn Hammond Curtiss, developed the aileron and the tricycle landing gear.
25.) His group also started working on hydrofoil boats, which travel above the water at high speeds. 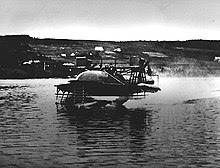 Image Source
26.) Bell’s final full-sized “hydrodrome,” developed in 1917, reached speeds in excess of 113 km/h for many years were the world’s fastest boat.
27.) His book Duration of Life and Conditions Associated with Longevity was published in 1918.
28.) Alexander Graham Bell died on August 2, 1922, at Baddeck, Cape Breton Island.
29.) A museum is located in his home and contains several of his original inventions. The museum is maintained by the Canadian government.
30.) Alexander Graham Bell, who was unable to complete the university program of his youth, received numerous Honorary Degrees from academic institutions. 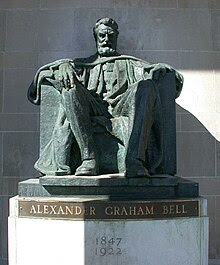 Image Source
31.) Close relatives and friends called him Aleck.
32.) His two brothers, Melville James and Edward Charles, both died of tuberculosis.
33.) His father was a professor.
34.) His two brothers both have middle name. At age 10 he asked his father that he should have a middle name too. On his 11th birthday his wish was granted.
35.) At age 16, Bell secured a position as a "pupil-teacher" of elocution and music, in Weston House Academy located at Elgin, Moray, Scotland.
Posted by nobert bermosa at 7:40 PM

This Was Helpful For My Report On Him. Thanks

This helped me so much. Thanks. I had done my project last minute again and I needed something quick and easy. Thanks again!!!!!!

I believe that these facts are interesting, but, I have recently learned of some negative facts about Alexander Graham Bell and I believe That these facts need to be included.

this was very helpful

thanks i had a project on this as well so thank you.My name is isaiah barr,lonnie b nelson elementrey school.In the fifth grade i am 11 years old.

Helpful information I like this blog.
Fun Fact for Kids

this is really helpful for my research paper on Alexander Graham Bell Father of the Telephone.

why does every thing talk about sex?

Bell did not invent the telephone as per ruling of the US House of Representatives. The invention of the telephone should have been attributed to Antonio Meucci in the first place. Too bad the recognition is long overdue. Sad:(

cam g was saying everything was about sex

This was very considerate for my report, thank you for this. Have a satisfying day everyone reading this!

My experience with essay services has generally been very positive. I requested a writer from WritePaper.Info to write my English essay on Jane Eyre because I was really short on time (that week my family had to move houses unexpectedly and I had no time whatsoever to sit down at a computer and do work.) Needless to say the services were good and my essay was done really quickly. The writer that I picked followed directions well. Of course, if you can do it yourself, then do so but if it’s an end-all-be-all situation I definitely recommend WritePaper.Info