The Most Popular Fruits in the Philippines

, being a tropical country, has plenty of fruit-bearing trees. Here are some of the most popular and commonly eaten fruits in the country. 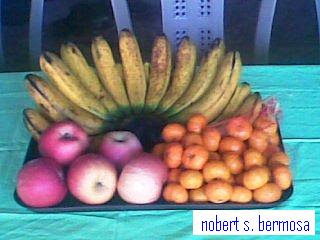 Apples are very popular in the Philippines...of course we are just importing them.. and one of the most popular variety is the Fuji apple 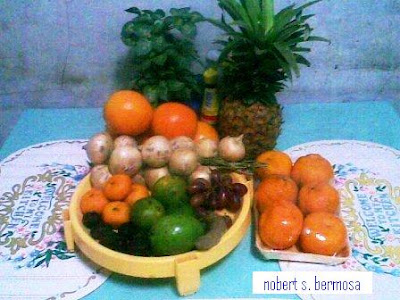 During holiday seasons...fruits are very popular most especially during New Year's celebration because of the common belief that more fruits on the dining table

would mean more prosperous year for the family.
LANZONES 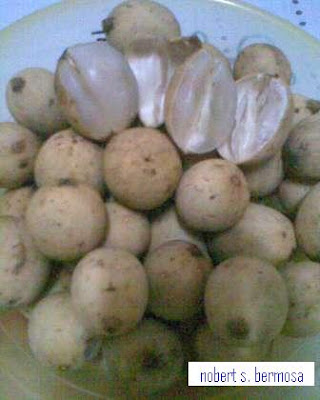 Lanzones is one of the most famous Philippine fruits. The leading Lanzones provinces in the country are Laguna, Batangas, Quezon and Camiguin. A new variety of Lanzones had emerged recently- the "latexless" Lanzones. This fruit is particularly abundant during the month of October and November.
RAMBUTAN 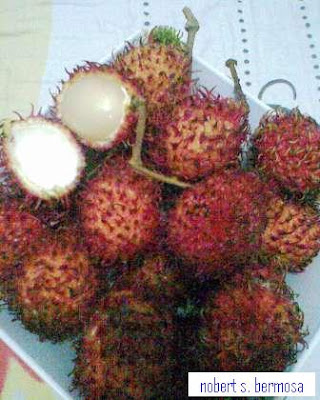 (Nephelium mutabile)
Another very common fruit in the Philippines is Rambutan. they are widely grown from the island of Luzon down to Mindanao. In Luzon, popular provinces that produce Rambutan includes Nueva Vizcaya, Laguna and Quezon.
WATERMELON 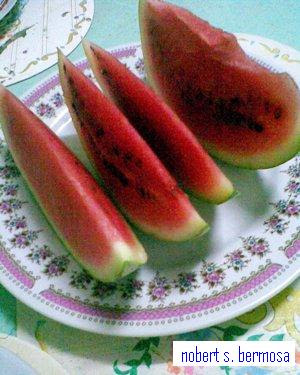 (Citrullus lanatus)
Watermelon is the best fruit to quench your thirst during hot summer days. Watermelon is known in Filipino

language as "PAKWAN". In the Ilocano dialect, it is more popularly known as  "SANDIA". Watermelons are available from December to April with prices ranging from P20 to P300 pesos depending on the size.
APPLE SUGAR 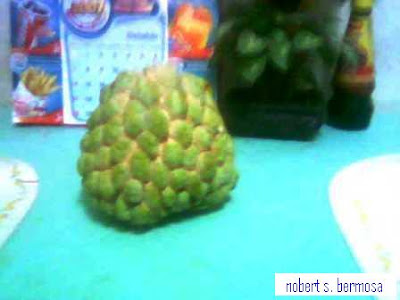 (Annona squamosa)
Apple Sugar is a sweet tasting fruit that grows in tropical and subtropical areas. I have two Apple Sugar

tree in my yard. Fruits are particularly abundant during the months of September, October and November. The Sugar Apple fruit on the above photo is the largest fruit of its kind that I have seen. I harvested it on one of my Sugar Apple tree and it weighed more than a kilo and had a circumference of 12 inches. The fruit emerge not on the branch but on the trunk which is why it is particularly huge.
STAR APPLE 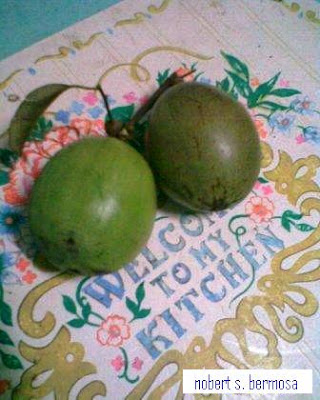 (Chrysophyllum cainito)
Star Apple is known in the Philippine language as KAIMITO. This sweet tasting fruit and best eaten when chilled is not star in shape at all. But when it is cut in halves this is what it looks like...

To further justify why it was named Star

Apple, the tiny yellow flowers of this fruit are star-like in shape.
COCONUT 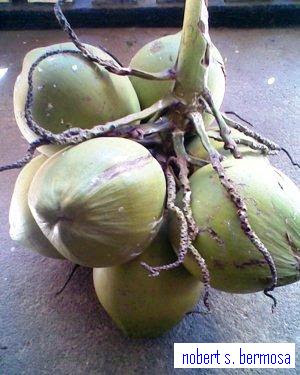 One of the commonest fruit you'll find in the Philippines is the Coconut Fruit locally known as "BUKO". This fruit is medically important and of course, economically important for the country because it is one of the leading export fruit products of the Philippines alongside with pineapple, banana and mango fruits. Medically, the fruit is very useful in treating kidney related problems. 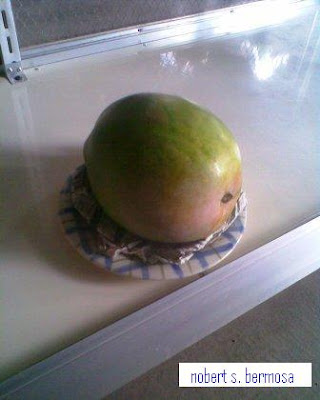 
Mango is one of the most nutritious and delicious fruits from the tropics. It is also one of the leading export product of the Philippines. It is native to India

but very popular in the Philippines.
MACOPA 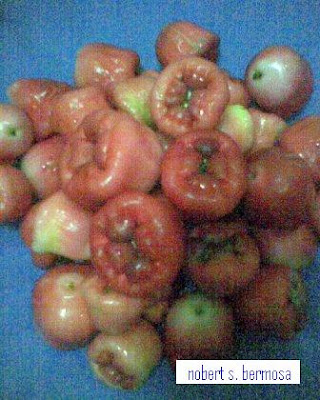 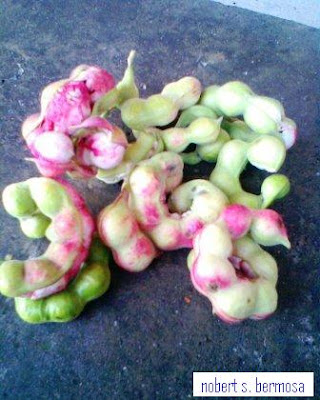 Tamarind and Guamachili. These fruits are particularly abundant in the Philippines during the months of February, March and April. 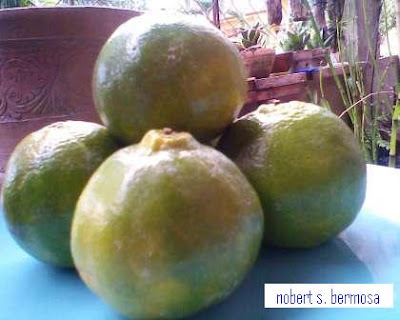 Green Ponkan is a variety of Ponkan

grown in Nueva Vizcaya, one of the provinces of Region II or more popularly known as Cagayan Valley region. This citrus fruit is also grown in other parts of the country. The Chinese variety is orange in color while this variety is green to yellow green.
TANGERINE ORANGE 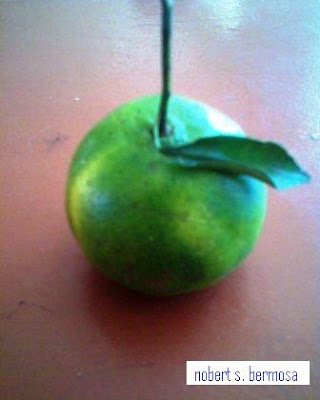 a variety of citrus fruit locally known as DALANGHITA. This is a very rich vitamin C fruits. 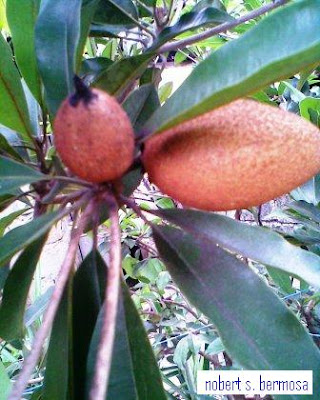 Chico is one of my most favorite fruits. This sweet tasting fruits grows well anywhere else in tropical areas of the world. Its smell is comparable to the smell of a wine hence, a person who drinks wine is said to have a smell similar to Chico. 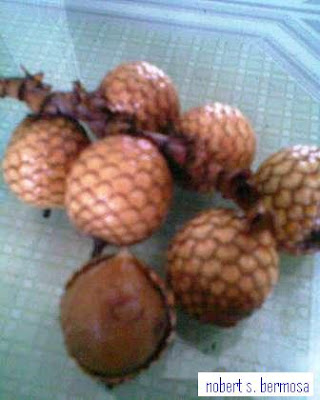 Yantok is a vitamin C rich tropical fruit known in the Ilocano dialect as "Littoko" They can be found in forested areas in the Philippines. It is the fruit of the Rattan plant used in making furniture and other valuable products like baskets 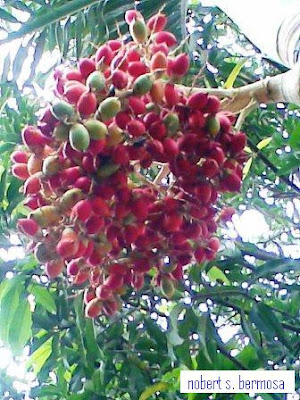 
This unique and colorful fruit of the tropics is well known and it has been used for centuries as food. The fruit is frequently stewed in salted water.It can be be eaten raw, peeled and dressed with salt and honey 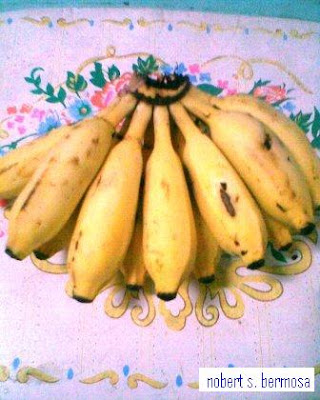 - the ever popular and widely grown and cultivated  BANANA. Well, I am proud to say that the Philippines is one of the leading producers of bananas in the world.
GRAPES 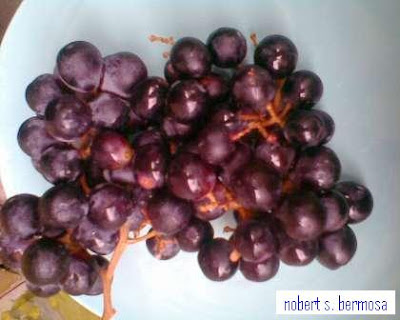 One of the most popular and important fruits in the world is Grapes. We call this healthful and beneficial fruit - UBAS. Although some variety of grapes are grown in the Philippines, the country is dependent on importing the sweetest and the best tasting grapes in the world. Grapes grown in the Philippines are a bit sour-tasting.
See also
12 Vitamin-rich Exotic Fruits From the Philippines
12 Exotic Tropical Fruits: How Many of These Have You Tasted?
Four of the World's Healthiest and Most Popular Fruits
Weirdest and Unusual Shapes of Fruits
Top Ten Largest Fruits in the World
Amazingly Weird and Uniquely Shaped Fruits

Posted by nobert bermosa at 2:53 AM

This is good information and interesting. Thanks for sharing!..
philippines Fruit

This is a general public announcement from Mayo Clinic and we are interested in buying of kidneys, if you are interested to sell a kidney, kindly contact us directly on our email below at
mayocareclinic@gmail.com
Note: This is a safe transaction and your safety is guaranteed.
Kindly send us an email message for more info.